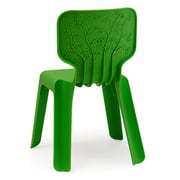 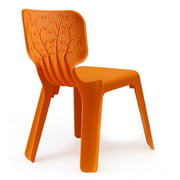 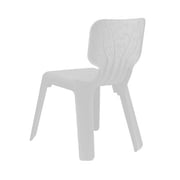 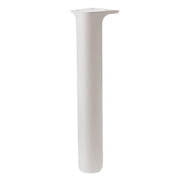 Javier Mariscal was born in Valencia in 1950. Since he began using his pencil to make money in the 1970s, his life and his career have been marked by his inexhaustible creativity and the urge to realise work within different disciplines. Furniture design, painting, sculptures, illustrations, interior design, graphic design, landscape painting and landscape design have become his profession and his life.

Mariscal always uses a personal formal language in his designs and although it has a complex content, it is simple, innocent and at the same time provocative. He designed both the mascot Cobi for the Olympic Games in 1992 in Barcelona and the mascot Twipsy for the Expo 2000 in Hanover. According to own statements, his influences "Calder and Vasquez, Miró and Mickey Mouse, Matisse and Crumb are equally important". During his studies, Mariscal already sketched underground comics and made a name for himself as a talented free spirit.

Since 1989, Javier Mariscal has been working in his own studio Estudio Mariscal in an old tannery in Palo Alto, Barcelona. There, he designs furniture for renowned manufacturers such as Magis, Moroso and Amat3 as well as porcelain for Rosenthal and illustrations for various magazines. Known works include his bar stool Dúplex (1980), the chair Alessandra for Moroso (1995) or the table lamp Domine for Santa & Cole (2002).