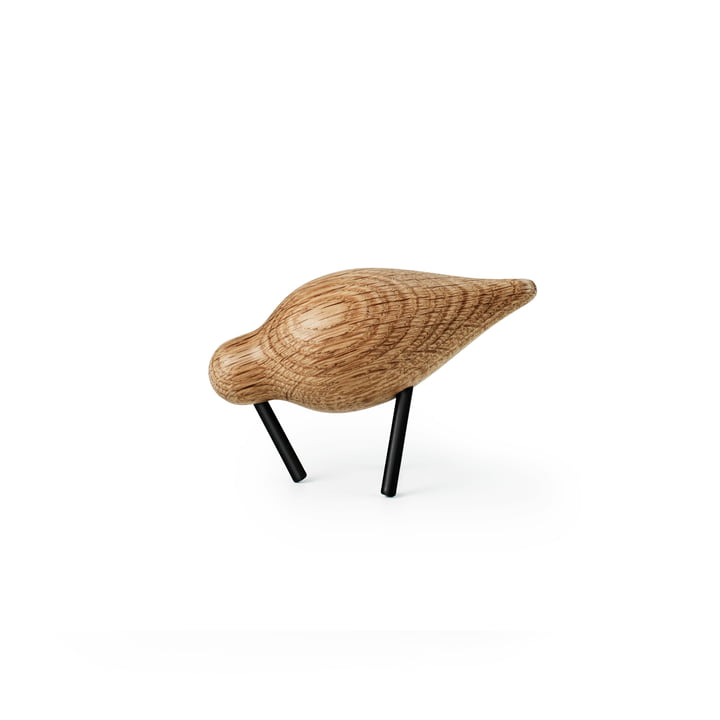 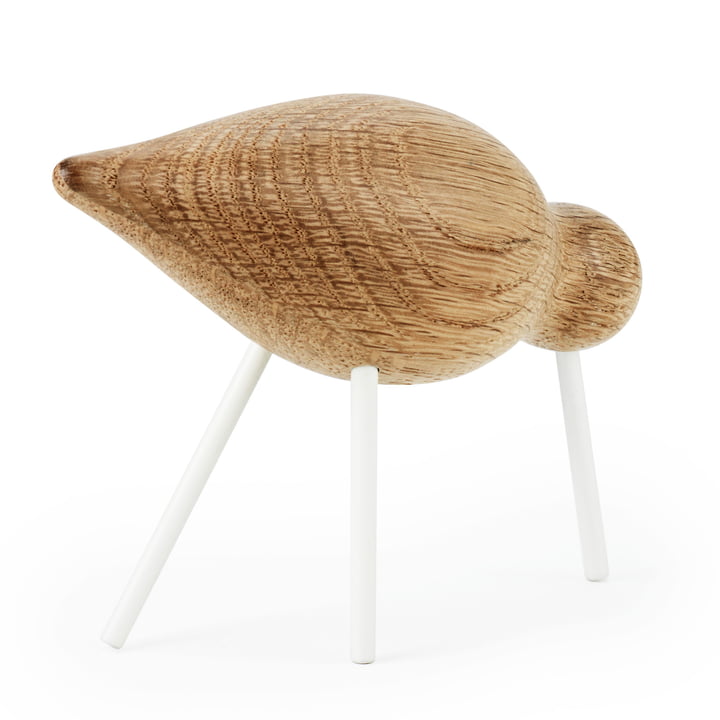 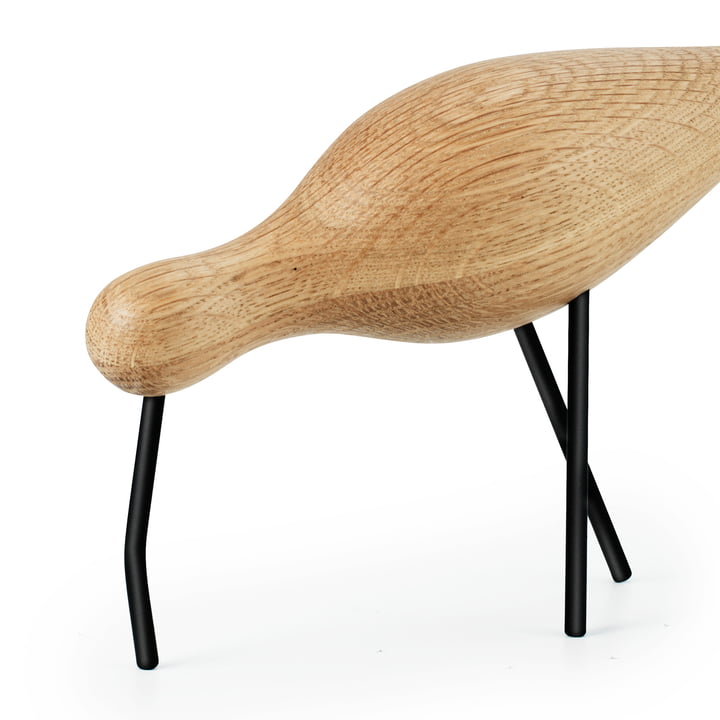 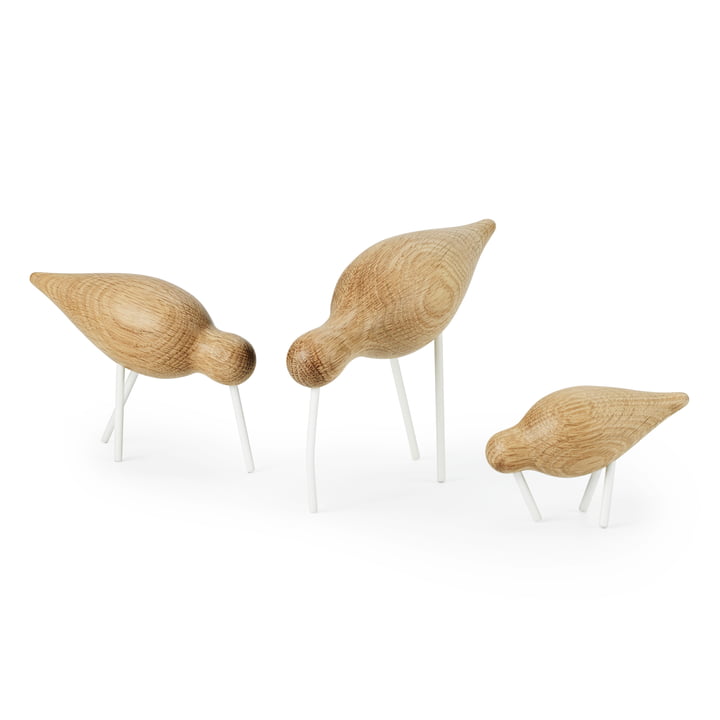 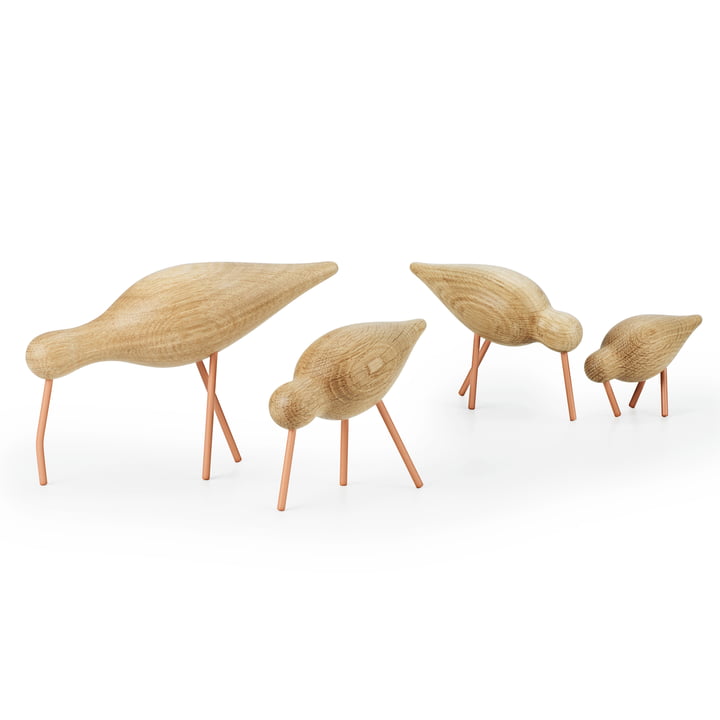 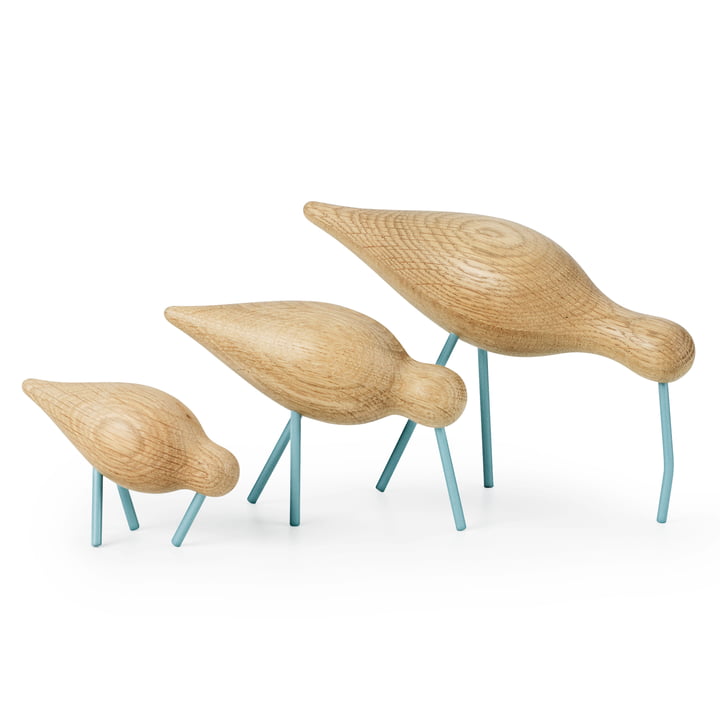 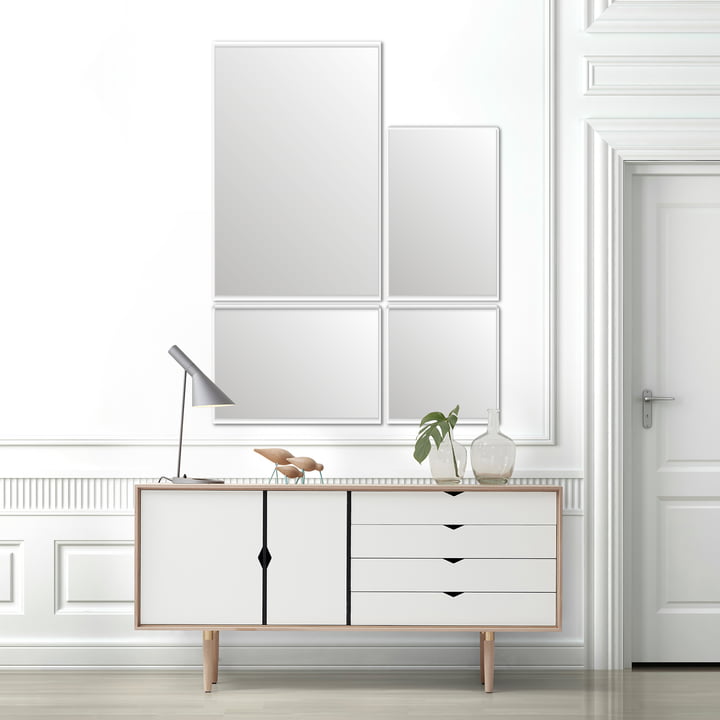 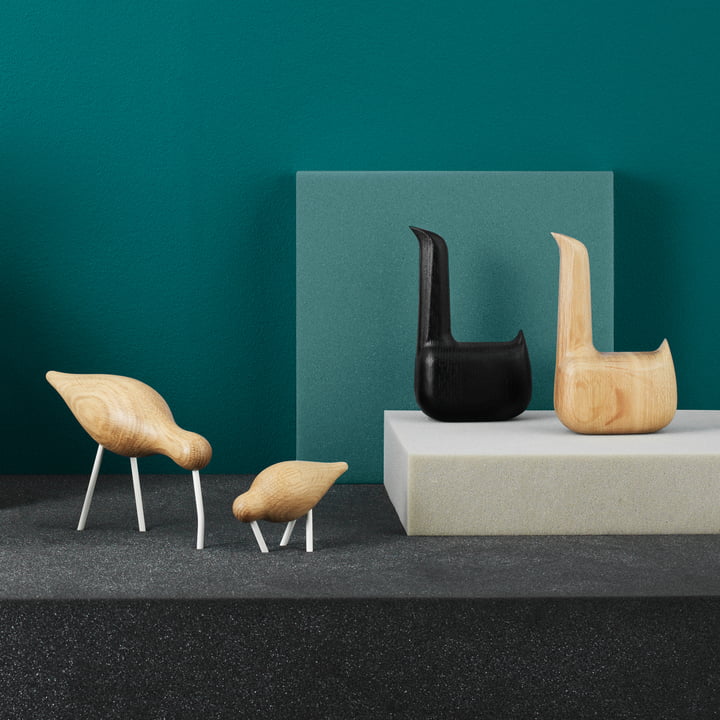 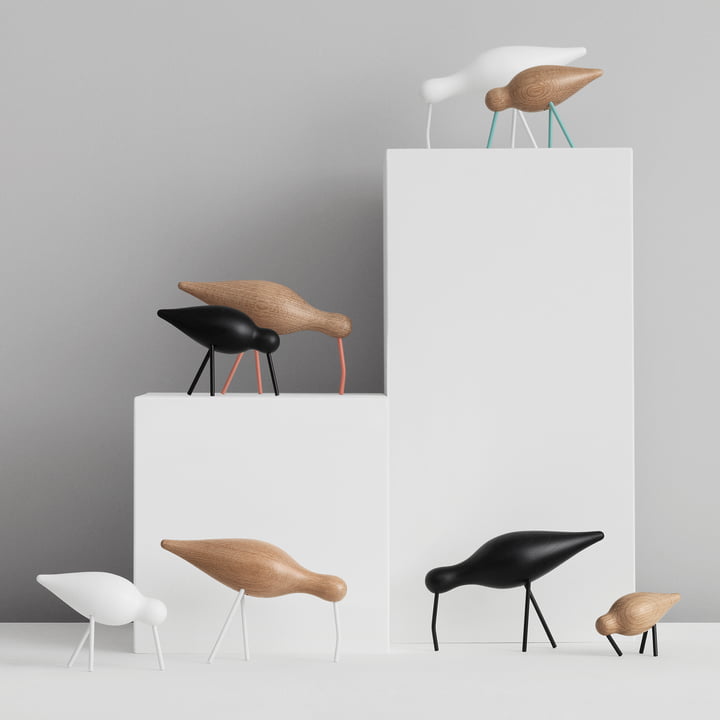 The Icelandic designer Sigurjón Pálsson has created the Shorebirds, a series of bird sculptures full of character. Normann Copenhagen's birds are turned from solid wood. The simple silhouettes of the decorative birds give the Shorebirds an almost stylized expression. At the same time, the small details were carefully worked out. Each bird has its own personality and the design is interesting and lively.

The largest of the Shorebirds is inspired by the Curlew, which has a long neck and an elegantly curved beak. He's a high-legged, aristocratic figure. With slow, deliberate steps he walks around and looks around vigilantly. The middle one of Normann Copenhagen's birds is fast and active like a redshank. We find this bird often in community of other waders. And finally, there's the dwarf Sandpiper. A sociable little bird that can often be found in large swarms.

Sigurjón Pálsson tells: "The world of birds has fascinated me since childhood. I've been watching birds as long as I can remember. So it was clear that sooner or later I would include birds in my designs. The natural light brown of oak wood is very similar to the plumage of the birds that inspired me to design it. The different positions are modeled after the natural posture of waders, which they take when searching for food in the sand and along the coast. The coloured legs and beaks complete the look."

The large Shorebird looks good on a shelf, sideboard or chest of drawers. There it is shown off in all its beauty next to vases and other decorations. The two smaller birds of Normann Copenhagen can be ideally arranged as a group in which the different sizes and colours create a stylish and playful impression. 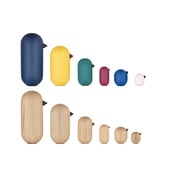