The love for Scandinavian minimalism doesn't only influence the personal furnishing style of the designer Hanne Willmann, but it also inspires her for her designs, like the Menu – Willmann Vase, which she was awarded for shortly with the A&W design talents award 2015. Since the Berlin designer graduated at the University of Arts in Berlin in 2014, Willmann convinces with exceptional creations, displaying her will for experiments and a deep understanding of materials. 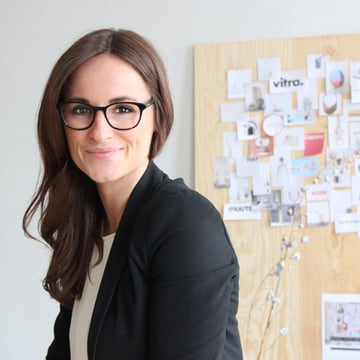 The young designer doesn't only design for her own studio "Hanne Willmann Design", but also for the Studio Aisslinger recently, transmitting her experience and knowledge as teacher at the University of Applied Science in Dessau. Hanne Willmann gave us an exclusive overview of her personal design models and future plans.

How did you come to design?

It appears I was a fanatic tinker of Germany when I was a child. That fanatism mixed with the luck of having people supporting me, resulted in the career aspiration "product designer". That might have been closest to tinkering.

Have you got a design model or a favourite designer?

There are plenty of designers that impress me: Stefan Diez, Patricia Urquiola or the designer Nendo, because of his clever and clear designs. Werner Aisslinger also belongs to my models since a long time and I am very lucky to be working with him recently.

Does your design follow a determinate style, a philosophy or a directive?

My style can generally be considered as rather Nordic. Clear outlines with geometrical basics, natural materials, reduced colours. The ideas often emerge from my interest in processing techniques and ways of manufacturing.

What inspired you for the design of the Willmann Vase?

I wanted to play with contrasts; with the breakability of glass and the heaviness of concrete. The concrete sits on the glass, so that the stalk of the flowers remains visible. This is simple, but unusual. I love it when products are surprising on the first sight.

How would you describe your own furnishing style? 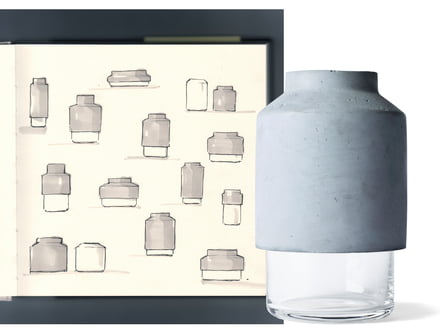 Nordish by Nature. Scandinavian style clearly dominates my place. All of it is combined with some older furniture pieces of my North-German hometown, which has been restored by my mother with love and with new furniture made by me, of course.

How does the place you work in look like?

I am looking for a new studio at the moment, where it is possible for me to include a mock-up workshop. I don't work much with a PC, but with big moodboards, sketches and prototypes. Moodboards are very important to me when I design, since I am able to visualize and reflect all of the steps of the design process with them.

Have you got a favourite material?

Wood. Even if a product is in serial production, each specimen keeps its very own character because of the individuality of the material.

Who would you like to work with in the future?

There are many. The big Scandinavian manufacturers like Muuto, Hay or Normann Copenhagen, for example.

What's your current project about?

I am designing some products, including a lamp, for example. But I also like to advise my students at the University in Dessau for their own design.

What are your plans for the future?

I want to be a designer with my heart and my soul and I have plans, of course. But I don't want to depend on them, in order to give the future the chance to surprise me.
Ich will mit Herz und Seele Designerin sein und habe natürlich Pläne. Ich möchte mich von denen aber nicht abhängig machen, um der Zukunft Ihre Chance zu lassen, mich zu überraschen. 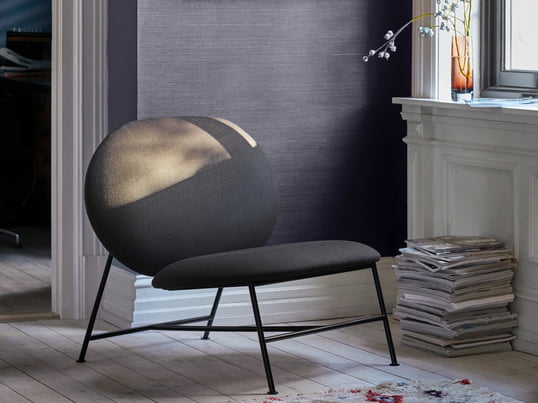 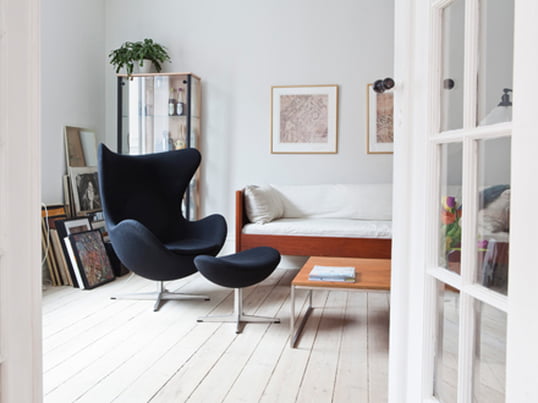