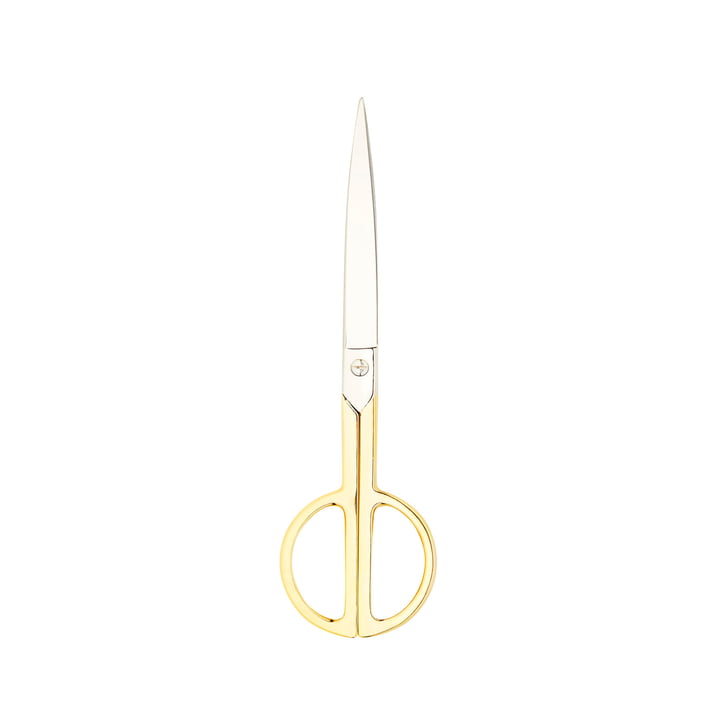 More items and all varieties can be found on the pages Hay - Office Collection, Hay x COS

Gloss and glamour will enter your house with the Phi scissors. The noble cutting utensil by Hay convinces with sensitive outlines and high class materials.

Phi represents the golden cut in maths, and how could such an association suit something more than scissors? Balanced proportions and the shiny colour refer to the name-owing letter of the Greek alphabet in its design.

Hay produces the Phi scissors out of stable steel, which stands all the duties of every day. The handles are coated with gold, which is the reason why this scissors mustn't be hidden in a drawer.