Beautiful and sophisticated objects, inspired by nature. Design that enriches everyday life - and shapes it with furniture and accessories that inspire people all over the world. In 2017, Finland celebrated 100 years of independence, and what better time to look back on the history of Finnish design and to present the novelties of this year.

Finland is a country full of of exciting contrasts, including the four seasons, the midnight sun and winter darkness, city and country, east and west. These contrasts also characterise Finnish design and thus Finnish identity in general. Finnish design is far more than just the obligatory Nokia mobile phone. The Ball Chair by Eero Aarnio from the 60s is world famous, as are the organically shaped vases and the three-legged wooden stool by the architect and designer Alvar Aalto. These and many other products that originate from Finland attract attention with their natural and simple qualities.

Design Shapes the Image of a Country 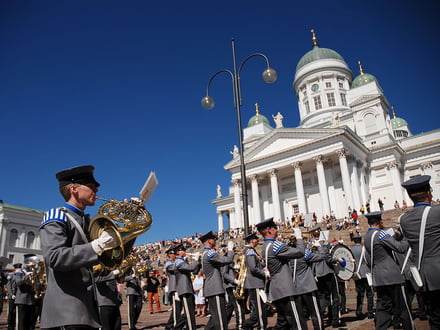 Design is seamlessly integrated into everyday life in Finland and surrounds you wherever you are. The Finns drink from glasses by Iittala, sit on stools by Artek and when they look out the window, they can see women wearing dresses of the Finnish brand Marimekko. Even children grow up with a strong sense of design. From the beginning, architecture and design in Finland were not only important to the economy, they made a significant contribution to Finnish culture and the formation of national identity.

The starting point for Finnish design was the turn of the century national-romantic style, which was cultivated by the Finnish Society of Crafts and Design, founded in 1875. After the Second World War more and more Finns moved to the cities; The economy and the industry went through a profound structural change. Since then, many Finnish homes become smaller in size, challenging designers to rethink traditional furnishings. The result was clever, convertible furniture that serves different purposes and easily adapts to changing needs. Subsequently, these new and modern objects changed the way Finland was perceived. The Stool 60, designed by Alvar Aalto in 1933, is probably the best-known example of such versatile furniture. The minimalist and functional design was revolutionary at the time. Instead of regular steel, the architect and designer Alvar Aalto used birch wood, which is widely available in Finland. For this reason, the unusual stool was also affordable for poorer families. To continue the tradition, Artek still produces the Stool 60 from bent solid birch veneer. It is one of the favourite pieces of the blogger Swantje (swantjeundfrieda).

"For me, the Artek Stool 60 is the epitome of classic Finnish design: Form, functionality, natural materials, a subtle wink and originality - in this case, the famously bent L-shape legs. Both the material and the shape have something natural, soothing and beautiful. "Swantje Hinrichsen, graphic designer 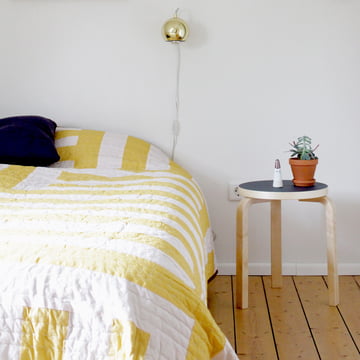 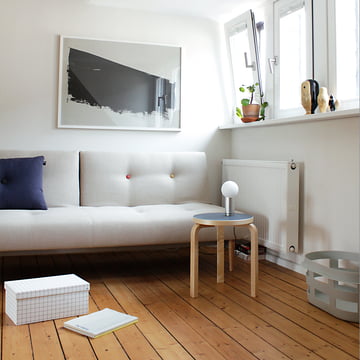 The great international success of Finnish design has given the country a well-reputed role in the Scandinavian design culture. For decades, labels such as Artek, Iittala and Marimekko have made a lasting impact on interior design, lifestyle and everyday culture in Finland. The manufacturers themselves have become part of modern identity and the cultural heritage of Finland - as artists, the roots of which are located in Finland. The designs of icons such as Alvar Aalto, Tapio Wirkkala, Eero Saarinen and Eero Aarnio clearly represent the Finnish design language and have given their creators world-wide recognition.

Finnish Design - similar to Scandinavian Design, but with Distinctive Style 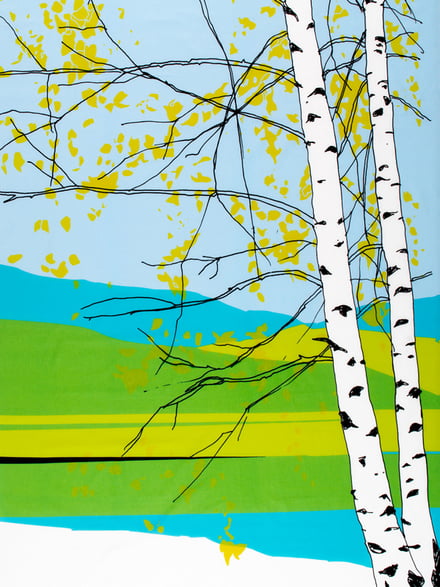 Finnish design is more than just a beautiful object. It is a way of life, marked by the mentality of the Finns. "Sisu" is the word used to describe it. It is a kind of magic word in Finland and means "perseverance" - influenced by the forces of nature and historical adversities of the country. Inspired by the Finnish natural elements such as snow, ice, forests, lakes, rivers and balmy summer nights, the designers created Finnish design. For example, Alvar Aalto was inspired by the silhouette of Finnish lakes for the Savoy vase. The "Kaiku" pattern by textile designer Maija Louekari is reminiscent of a Finnish birch forests. And that's what makes Finnish design stand out: You rediscover nature in a new form.

"Nothing old is ever reborn, but neither does it totally disappear. And that which has once been, will always reappear in a new form.Alvar Aalto, Architect and designer

The Finnish bond with nature is reflected not only in the forms and motifs, but also in the materials used: wood, glass, linoleum and ceramic. In the 1970s, demand for plastic and fiberglass increased for a short time. In the 1980s, however, the first energy crises meant that wood was once again the material of choice.

Good design is timeless. If the Finns find something that works, they use it. Nothing is too old. Thus, Finnish design has similarities to Scandinavian design, but it has its own very distinctive style. Practicality, realism and a more economical use of materials characterise the furniture and accessories from Finland. 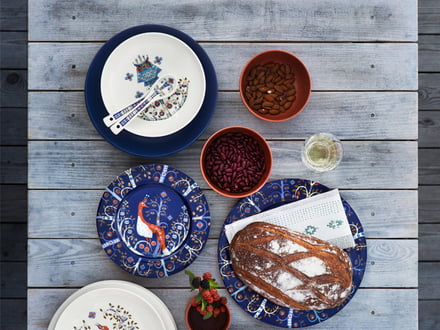 The intelligent design solutions resonate not only in Scandinavia. Industrial design has become a worldwide export hit to the United States, Europe, South America and Australia. Today, Finland is leading and valued for its skilful combination of cutting-edge technology and high-calibre design.

Owners are not only enchanted by the design, but also by the names. The Finnish term "Unikko" connects people around the world with the incomparable motif of a poppy, the word "Tanssi" with dancing mythical creatures. The motifs that adorn the Marimekko and Iittala products tell a story about small, enchanted garden plots (Pieni Siirtolapuutarha) and mysterious creatures in the magical forest (Taika). Simultaneously designers such as Maija Isola, Maija Louekari and Klaus Haapaniemi show that design speaks the same language worldwide. Their motifs carry the Finnish language and thus an important part of the Finnish culture far beyond the borders of Finland.

Some of the most beautiful Marimekko motifs can be found in the apartment of blogger Nina Jahn. What she likes most about Finnish design is the attention to detail. 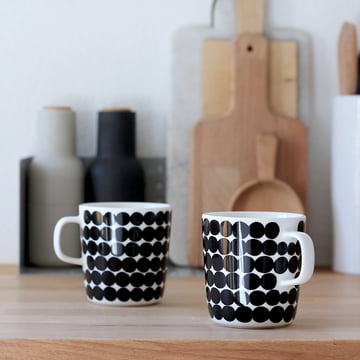 "Finnish design is not only inspired by nature, it also has the ability to be seamlessly introduced into everyday life. For this reason, nature and design are a way of life." Nina Jahn, architect

To celebrate the 100th anniversary of Finland’s independence, Iittala launched the Suomi collection - a curated ensemble of various design classics, re-edited in blue, the country's national colour. The blogger Kerstin Reilemann shows off the glass artwork in ultramarine blue. 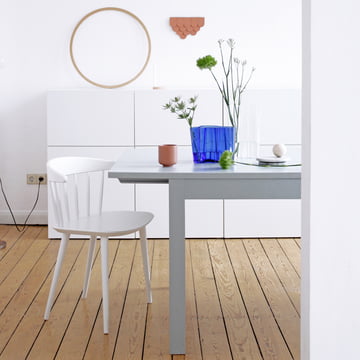 The intense hue offers a nice contrast to the bright colours in Kerstins apartment, which has been furnished in a typical Scandinavian style.

"I like the natural yet distinctive shapes. As a lover of classic design objects, I especially liked the organically shaped Alvar Aalto vase. The harmonious design made up of narrow shapes makes it possible for me to display single flowers as well as bouquets. The Suomi collection in the characteristic, Finnish blue has created objects that will make history. I like having a piece of history on my windowsill! " Kerstin Reilemann, interior designer

Artek also celebrated the anniversary of Finnish independence with Finnish novelties and by re-editing well-known classics. For instance, the stackable 60 stool is now available with a white frame. The special edition features a white frame and a seat surface in subtle matching colours that reflect the colour spectrum of Finnish nature. 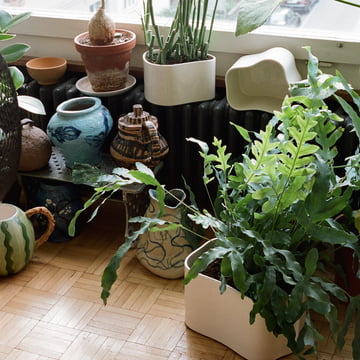 The Riihitie plant pot was already designed by Aino Aalto in the 30s, but was never produced in series. For this special occasion, Artek decided to present the plant pot in its original form. The organically shaped plant pots are made by hand from ceramics. For the colours, Artek was inspired by Aino Aalto's tiling work, that can be found on his houses.

Discover many more new and old gems from Finland and introduce that Finnish way of life into your own home. 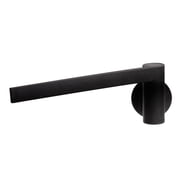 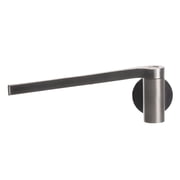 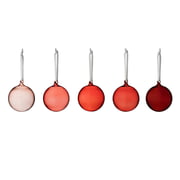 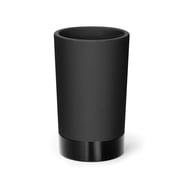 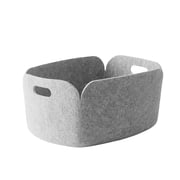 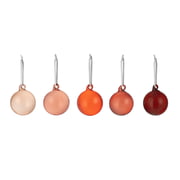 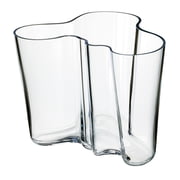 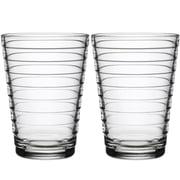 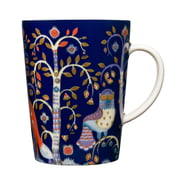 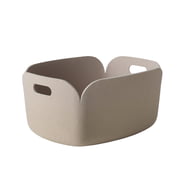 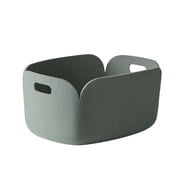 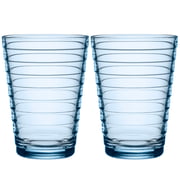