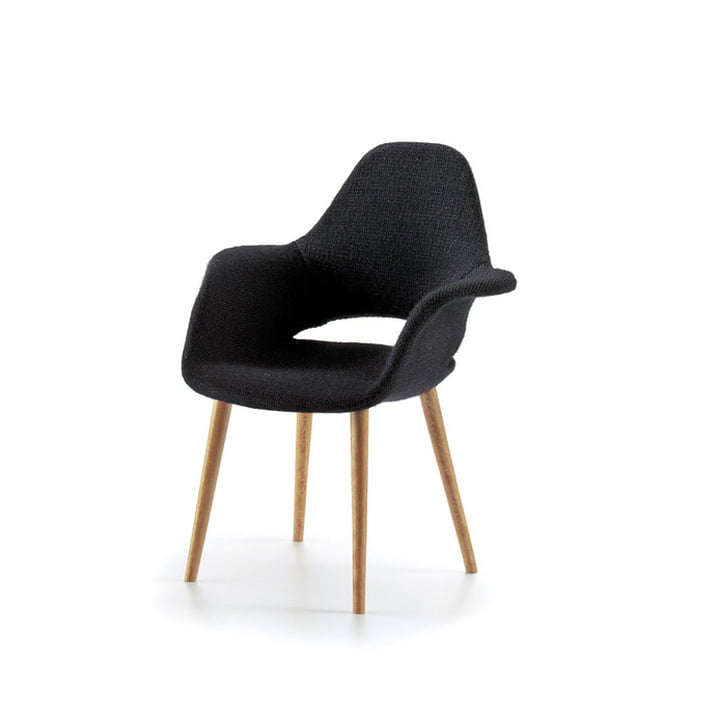 The "Organic Armchair" was a submission for the Museum of Modern Art's 1940 design competition for "Organic Design in Home Furnishings". Charles Eames and Eero Saarinen, who that year worked together for the first time, won first prize with their "Organic Armchair".

One of the conditions for competition entries was that the object was suitable for industrial production. In 1941, the Eames couple developed a three-dimensional plywood system. With this new manufacturing technique, they intended to produce their masterpiece. The 3-D seat, made possible by means of incisions made in the veneer, was covered in foam rubber and upholstered in fabric.

As a result of the war-time economy and the initially high production costs, the prototypes did not go into serial production, contrary to the original competition goal.

The original of the Eames & Saarinen Organic Armchair was designed by Charles Eames and Eero Saarinen in 1940 and it is produced as 1:1 model by the Vitra AG, Basel/Switzerland since 2004.