The emotional effect of colours and patterns is what counts in Cristina Zuzunaga’s arworks. 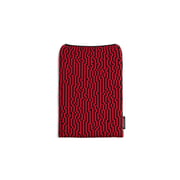 Discover all collections and series from Zuzunaga 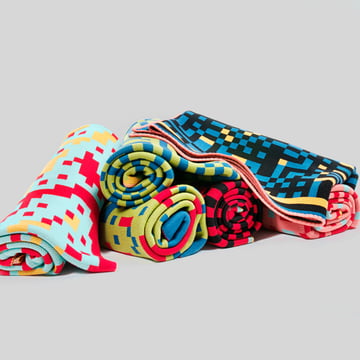 The span of Zuzunaga's work is wide and includes print, photography, sculpture, textile and furniture design. Instead of concentrating on one kind of expression, the founder and designer Cristian Zuzunaga specializes on the shape, which suits the most. The emotional effect of colours and patterns is focussed in the work of the artist and his design studio.

The traveller Zuzunaga is influenced by architecture and urban surroundings, the eastern and western philosophy, alchemy, anthropology, sociology as well as psychology from Carl Gustav Jung. In his eponymous studio based in England and Spain, Zuzunaga has the aim of catching the dynamic nature of the contemporaneous life – human vivacity in a digital world, design as arts. Single pixels are thereby icons of our time, in the centre of Zuzunaga's design, being vitalized by colours and emotions.

That kind of design is Zuzunaga's response to today's "supermodernity". Supermodernity describes the development of people in making up the restless world of the moment and in being changed by the moment at the same time. Running forward is what counts today: To make digitalism human. With highly modern techniques appear simple, vivid products that evoke sensual reactions. "Re-architecture" is the process where all of this happens: The use of ideas of the immediate surroundings to create carpets, cushions or textiles.