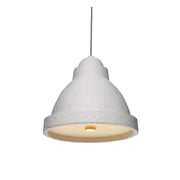 Danny Fang is a Dutch designer who graduated from the Design Academy in Eindhoven in 1998. After graduating, Fang worked for renowned companies such as Fairtrade, the Dutch Institute for Applied Sciences and the designer Marcel Wanders. In 2007, he decided to embark on new paths and to go to Hong Kong to open his own design studio, Fang Studio Ltd..

Fang works in Hong Kong with Asian manufacturers to develop design objects that combine the timeless tradition of craftsmanship and rapid mass production of the Asian continent. Under the motto "Create Love, Not More", Fang develops not only products for his clients around the world, but at the same time tries to influence the industry in China.