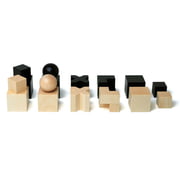 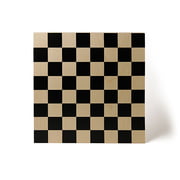 Sculptor at the Bauhaus

Josef Hartwig was born in Munich in 1880. Shortly after his training as a stonemason and sculptor, he was involved in the interior design of the 'Elvira' photo studio in Munich, which was designed by August Endell. From 1904 to 1908 he was trained artistically at the Munich Academy under Balthasar Schmid. In 1921, he went to the State Bauhaus in Weimar and worked there as a master craftsman in stone and wood sculpture. During his time at the Bauhaus, he designed the sculpture 'Owl' (1922) as well as the Bauhaus chess set (1923), which is characterised by its purist playing figures and has become a true classic.

With the closure of the Bauhaus, Josef Hartwig moved to Frankfurt to teach sculpture at the art academy until 1945. At the same time, he was employed as a master in the restorer workshop of the Städtische Skulpturengalerie in Frankfurt until his death in 1965.