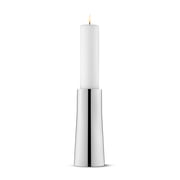 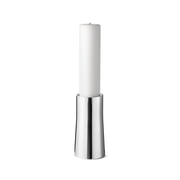 Magnus Stephensen (1903-1984) was a Danish designer who studied at the Royal School of architecture in Copenhagen. He went to Japan though a travel scholarship, where he lived and worked for some time. His time in Japan decisively influenced his style, which culminated in a mixture of Japanese and Danish functionalism with refined details and particular individuality.

The residential complexes and houses in various parts of Copenhagen that Stephensen designed during the Second World War and the post-war period attracted a lot of attention.
The basic design of each house is distinguished by different details, giving each individual building its own character while avoiding monotony.

He also created chairs, cutlery and home accessories for renowned Danish designer manufacturers such as Fritz Hansen or Georg Jensen.