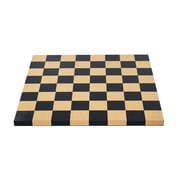 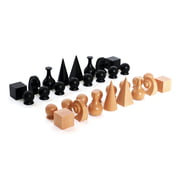 Artists of the Modern Age

Man Ray ranks still today as one of the most important pioneers for film history and the modern photography to experimental film. Man Ray worked multifaceted between film and photography and thus created some of the most important works of modernity. Among his works he documented the heyday of cultural life in Paris in the 1920s with numerous portrait photographs of avant-garde artists.

Man Ray was born as Emmanuel Rudnitzky in Philadelphia in 1890. His parents called themselves Ray to Americanize their family name and his surname was shortened to Man - his artist's name came into being.

At the age of 21, he was accepted at the liberal Modern School of New York's Ferrer Center to study painting. The radical thinking and the freedom spirit of his teachers ought to shape henceforth the art of Man Ray significantly. In 1915, Man Ray had his first exhibition in New York, where he met the in those times already famous Marcel Duchamp. Duchamp was the one who inspired Ray to deal with photography and film. Together, the two experimented and developed numerous short films in New York.

In 1921, Man Ray spontaneously moved to Paris. He lived in the famous artist hotel "Hôtel des Ecoles" at Montparnasse, where he met some important representatives of Dadaism, such as Max Ernst and Hans Arp, with whom he later had group exhibitions and worked closely together. Photography and film in the Dadaist and surrealist style became his main media during his time in Paris.

In 1938, due to National Socialism, he went back to America where he was, although he was an American citizen, felt like a stranger. He left all of his works in Paris, hidden at friends' houses, which is why most of the work by Ray are destroyed or lost. In America, he did lectures on Dada and Surrealism for a living. After the Second World War he moved back to Paris with his wife. He lived in the same apartment until the end of his life. In 1976, he died in Paris.