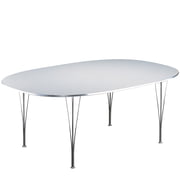 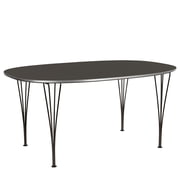 Besides his work as a designer was Hein a mathematician, philosopher and cartoonist. He studied philosophy and theoretical physics at the University of Copenhagen and at the local technical academy.

Piet Hein established a new design and lay-out of a road for the Sergelsplatz in Stockholm in the 60ies: With the super ellipses he figured out how to use a city planner, which later affected all of his works, also the super elliptical tables, which he designed in 1968 for Fritz Hansen, for which he became famous.