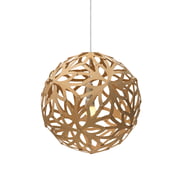 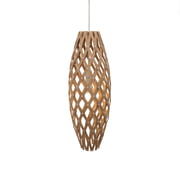 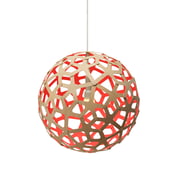 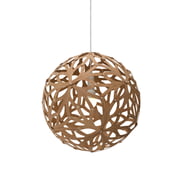 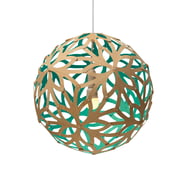 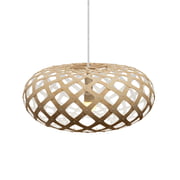 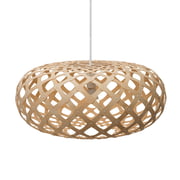 David Trubridge was born in England. After completing his diploma in shipbuilding / ship design in 1972, he moved to North England, more precisely Northumberland. There he worked as a forester on a private estate and as an autodidact gained his first knowledge in the field of furniture design.

In 1981 he sold his entire property, bought the yacht "Hornpipe", with which he, his wife Linda and his two sons set out to experience adventures all over the world. The journey led through the Caribbean into the Pacific Ocean to New Zealand.

Inspired by his travels and encounters with locals, David Trubridge began to make furniture. The result was a series of objects based on the shape of traditional Maori canoes - with a light and flexible structure. The objects represent a translation of his view of nature and describe his search for essential, original materials, such as wood and stone, that reflect the simplicity and fragility of human life.

The best known object from this series is probably the Body Raft rocking lounger, which David Trubridge presented at the Milan Furniture Fair in 2001. Cappellini immediately secured this design and helped David Trubridge to his international breakthrough as a designer.

David Trubridge now lives in New Zealand and runs his own design studio there. Since 2006, the autodidact has also given lectures worldwide and taught as a visiting professor at universities.